Need a mortgage with payday loans on your credit file? You’re in the right place. We’re specialist mortgage brokers with a proven track record of making mortgages possible for people who’ve taken out payday loans, like you.

Can I get a mortgage after a payday loan?

Yes, it's possible to get a mortgage after a payday loan! But it’ll be more difficult than if you hadn’t used one. Payday loans affect how likely a lot of lenders will be to consider you, especially if you have any other issues on your credit file.

Lenders tend not to like seeing payday loans on an applicant’s credit file because it looks like you’ve had financial issues in the past, and therefore might not be able to keep up with mortgage repayments if they lend to you.
But just because some of the mainstream lenders will refuse you doesn’t mean all lenders will. Lenders have their own rules - known as lending criteria - when it comes to giving mortgages to people who’ve used payday loans. Some might turn down your application as soon as they know about it – even if it was five or six years ago. But specialist lenders might consider you. They’re more likely to be willing to look at your individual situation, rather than just turn you down on the spot.

Using this information, they’ll decide whether they’re willing to lend to you. Quite often, they’ll look at how long ago the last payday loan was taken out. If it was recent, they’re less likely to accept you for a mortgage. But if it was years ago, that will work in your favour.

"We would recommend Haysto to anyone who’s ever been told “No, wait until your credit score improves”"

See how we made a mortgage possible for Martin and Julian, who got on the Help to Buy scheme with a low credit score and low income. 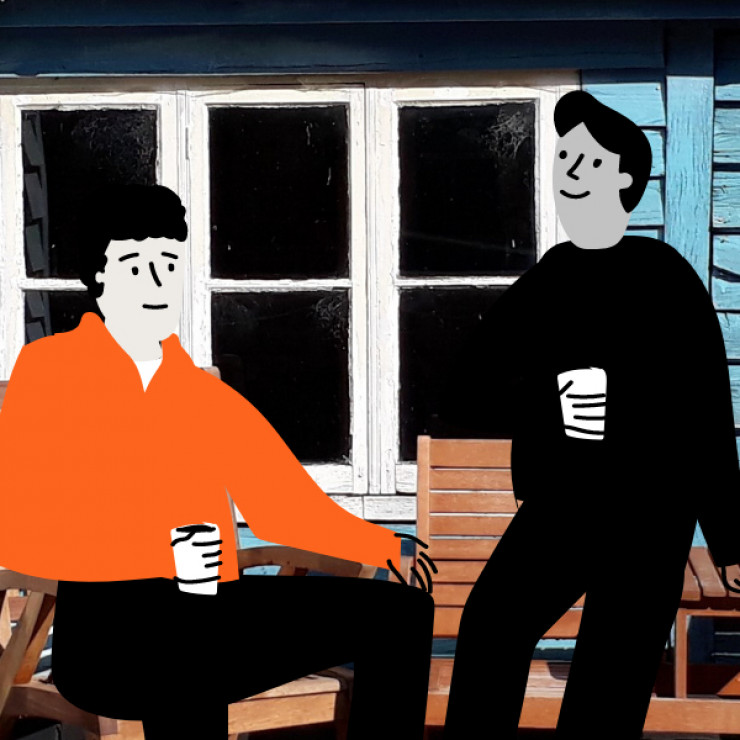 Generally, lenders don’t like payday loans because they take it as a sign that you struggle to manage your money, and might again in the future.

Lenders base all their decisions on risk, and people with a history of payday loans are deemed ‘high risk’. Some lenders think relying on payday loans to cover your everyday living expenses means you’ll struggle to keep up with your monthly repayments. But this isn't true in a lot of cases. And that’s why it’s important to work with a specialist mortgage broker who’ll take the time to understand you and your situation. Our Mortgage Experts will know the right lenders to approach. Make an enquiry to get started.

How long can lenders see a previous payday loan?

Lenders will be able to see any payday loans and other borrowings on your credit history for six years. Some lenders will still ask you if you’ve ever taken out a payday loan, even if it’s disappeared from your file. If this happens, you should always be honest about it - it’ll save you time and money in the long run!

With any financial issues, it’s best to face them head on. Finding out your credit score and reviewing your report will give you a great place to start from. You can get a free copy of your credit file with a trial of checkmyfile* (usually £14.99 a month). Once you have your report, you can then check for any errors and see where you can improve.

*Heads up, when you click through to our affiliate links, we may earn a small commission at no extra cost to you. We only recommend sites we truly trust and believe in.

What are my options if I’ve been declined a mortgage due to a payday loan?

Being refused a mortgage can be frustrating and demoralising. It can be really hard to know what to do next, or where to turn. It’s tempting to apply to another lender after being refused a loan, but too many unsuccessful mortgage applications can negatively affect your credit report.

It’s common that mortgage applications are rejected by mainstream lenders when there is a history of payday loans, especially if they were recent. But just because you’ve been rejected, it doesn’t mean you won't get a mortgage somewhere else.

If your bank, building society or a mortgage broker has declined your mortgage application:

Read more in our Guide: What to Do if You’ve Been Refused For a Mortgage

How soon after taking out a payday loan can I apply for a mortgage?

If your most recent payday loan was more than six years ago and you have no other credit issues, you’ll have far more mortgage options available to you than if you have lots of recent ones on your credit file.

Some lenders will flat-out reject anyone who’s taken out a payday loan at any point, , while others will consider the reason why the money was borrowed, how it was repaid and the efforts you have made to make sure you do not need to use this type of loan in the past.

When it comes to getting a mortgage, it’s all about which lender you go to. Working with a specialist mortgage broker (like us!) who has experience getting mortgages for people who’ve used payday loans will really improve your chances. Make an enquiry to speak to one of our Mortgage Experts.

Do payday loans help you get a mortgage?

The issue is, lenders don’t just look at your credit score when they assess whether to give you a mortgage or not. They look at many other things too. So even if you had a perfect credit score because you always pay back your credit on time, they might still reject you for taking out a payday loan when they see that in your credit history.

Will payday loans mean I can borrow less?

It depends on your situation. Some lenders will be willing to offer you less on a mortgage if you’ve had payday loans in the past. Similarly, sometimes lenders will want you to put down a larger deposit.

If your payday loan was a while ago e.g. five years, some lenders might be willing to give you a competitive rate. It’s best to work with a specialist mortgage broker who can find you the right mortgage, with the right lender, at the most competitive rate.

How much can I borrow on a mortgage if I’ve used payday loans?

How much you’ll be able to borrow on a mortgage after using payday loans will totally depend on your situation. A lender will look at many different factors to decide how much they’re willing to lend you after a payday loan.

These are the things that will affect how much you can borrow:

Read more in our Guide: What Mortgage Lenders Look For in Mortgage Applicants

On their own, payday loans aren’t actually a bad credit issue and don’t reduce your credit rating if you’ve paid them back on time.

The problem when it comes to mortgages is that lenders see payday loans as a red flag, and that’s why it can be more difficult. Mortgage lenders carry out a detailed analysis of your credit report before they agree to give you a mortgage, and will look for bigger credit issues such asCCJs, IVAs and bankruptcies.

Should I improve my credit score before applying for a mortgage with payday loans?

Usually, the higher your credit score, the easier it is to get approved for a mortgage. So it’s always a good idea to do what you can to improve your score before applying. However, if you’re really pushed for time and need a mortgage quickly, you definitely still have options., In this case, it’s best to speak to a specialist mortgage broker who can explore your options and find you the right mortgage.

How can I improve my credit score before getting a mortgage?

Here are some top tips for improving your credit score with a history of payday loans:

Read more tips on boosting your credit rating before applying for a mortgage.

We get how it feels when you’re refused a mortgage. We’ve been there. Haysto exists because the mortgage world is broken. If you don’t have a shiny credit rating, you’re self-employed with a complex income, or just don’t fit the mould, the odds are completely stacked against you. We just don’t think that’s fair.

We help when others won’t

Unlike others, we only work on bad credit, self-employed and complex mortgages. That’s all we do. And we’re up for a challenge.

Speak to a real person

No robots, no automated answers. We use technology to connect you to a real person. Not replace them.

We only get paid when your mortgage is approved.

Applying for a mortgage or understanding your options shouldn't be confusing, yet there are just so many myths doing the rounds and it's not easy to know where to turn to get the right advice.

How to get a mortgage with bad credit

What Deposit Do I Need For a Bad Credit Mortgage?

Get connected to a specialist bad credit mortgage broker who can make a mortgage possible for you.

Get connected to a specialist bad credit mortgage broker who can make a mortgage possible for you.